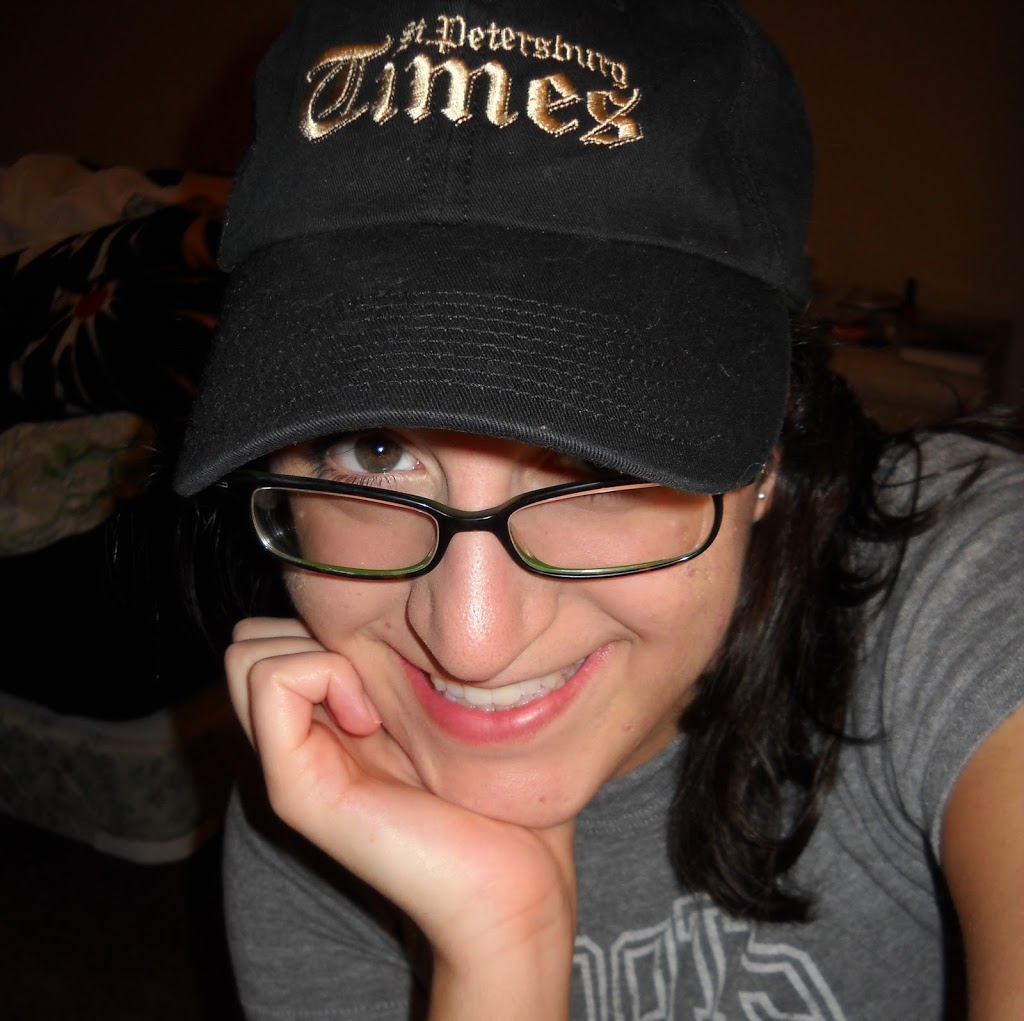 Friday was my last day at the Times. Sort of.

For the rest of the month, I’ll be back Mondays, and a couple mornings a week, to help out and to train my replacement.

To quote the email I wrote to the paper’s entire news department, “I am so proud to have been part of a staff that does what we do here.”

Which is why when I left Friday, I walked out with tears welling up and sunglasses on to cover them. But to permit me to feel what I feel in response to resigning after five fabulous years results not solely in tears (not even mostly in tears, for the record).

It mostly results in recalling memories and lessons I’ll cherish as long as I live. Here are 20, in random order:

1. The job interview I bombed. Little do most people know, I didn’t get the job the first time I vied for one at the Times. That day, I sat in a small room on the seventh floor of the Times building in downtown Tampa, across from a woman named Shannon. She asked about my experience. My schedule. My interests. She asked how my friends would describe me. I paused thoughtfully before I smiled and said, “CRAZY.” I added “in a good way,” in effort to ease Shannon’s apparent concern. The meeting didn’t result in an offer, but I did learn a valuable lesson: Don’t say crazy at a job interview.

2. The time I showed up at the wrong house for an interview. For the first story I wrote as a staff writer, I arranged to meet a high school student and her parents at their house. The dad gave me the address and said to look for the one with the red front door. I don’t remember now the development in which the family lived, but I do recall the winding roads and ambiguous intersections, i.e. “Am I turning onto a new street now, or is this just a fancy curve?” What were the odds, really, that I’d wind up on the wrong street at a house with the right house number and a red front door?

3. Having colleagues who are Pulitzer winners and finalists. My heart still skips a beat when I think of the day John Barry – a feature writer and mentor of mine my first year on staff at the Times – called my desk to call something I’d written “brilliant.” You might recognize the series he wrote that resulted in his being a Pulitzer finalist (especially if you’ve also seen the movie).

4. Shooshing solicitors. What do “SHHH, PEOPLE ARE WORKING!” and “YOU HAVE TO LEAVE!” and “I guess you didn’t see the ‘no solicitors’ sign on the door.” have in common? They’re all phrases I got really good at using when I worked as the buffer between solicitors and the newsroom at the desk closest to the front door of the now-closed, store-front Carollwood bureau of the Times.

5. Donating blood. One morning, the Blood Mobile and I showed up at the Hernando bureau, where I worked periodically. A colleague there planned to give blood and invited me to join her. “Are you kidding?” I said. “No.” I laughed, and shook my head. She said, “Arleen, please. Don’t be a wuss.” Another colleague overheard. “Do it, Arleen,” she said. Do it. Do it. Do it. Do it. “ALL RIGHT,” I shouted, impassioned by a sudden courageous urge. “I’ll do it.” And I did. And frankly, it was exhilarating. And I got free Goldfish crackers. Win, win. 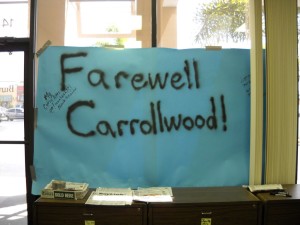 6. The closing of the Carrollwood bureau. My first two years on staff I worked in a Tampa suburb called Carrollwood. The day the bureau closed, we packed our desks, emptied the drawers, grilled chicken and hot dogs and tossed a Nerf football in the parking lot. The guy I tossed it with moved to the downtown Tampa bureau, and I to Wesley Chapel and Port Richey. He left the Times a year or so later. A couple days after he left, a package arrived to my desk in Port Richey. No note on the box, no note inside it. Just the very Nerf football we tossed on our last day at C-wood. Warmed my heart.

7. The entertaining phone calls. Excerpt of an actual phone call/guilt trip from a guy who wanted somebody at the paper to teach him how to market a book he wrote: “I’m just an old man, 82 years old, and I wrote a book. It’s something I hope to accomplish before I die. And that could happen any day.”

8. The entertaining voicemails. Excerpt of an actual voicemail: “You people are ridiculous. You should be ashamed of yourselves. AND I DO NOT WISH YOU A MERRY CHRISTMAS.”

9. The time I accidentally deleted the entire North Tampa crime report an hour after deadline. We don’t like to talk about it.

11. The mis-communication at Louis Pappas Market. Former colleague Phuong and I were out to lunch at Louis Pappas Market on Bruce B. Downs. After we ate, we both had to use the restroom but we couldn’t remember whether the bathroom there had one or two stalls. “You go first,” she said. So, I did. Upon my return, I sat down at our booth. Phuong looked right at me and asked, “So was it one or two?” I was taken aback by her question, but I answered anyway. “Uh… number one?” Phuong looked confused. And then, we both realized. She’d asked how many stalls the bathroom has, not what I did while I was in there. We laughed so hard we cried. Several times. For the rest of the day.

12. The time I Dumpster dove. I got a call once from a woman, who earlier the same day, had thrown a stack of old newspapers in the Dumpster-style recycle bin behind our building. “I think my ring fell off and into the Dumpster,” she said. The custom ring was made with part of a stone she’d gotten as a gift from her now deceased son. So the head of maintenance and I walked to the back, rolled up our sleeves and climbed in. We found out a lot of people throw trash in our recycle bin. But we didn’t find the ring.

13. The time I taught Coupon Man a Michael Jackson song. If I ever knew his real name, I don’t remember it. But he – the guy who’d come by the Carrollwood bureau once a week to buy papers just for the coupons – called himself Coupon Man as much as we did. One day, he walked into the bureau and did what you might expect a guy named Coupon Man would: hummed a Michael Jackson song and asked if I could clarify the lyrics. “Repeat after me,” I said. “MAMASE, MAMASA, MAMAKUSA.” It took awhile, but brother knew it by the time he left.

14. The grasshopper. Every afternoon at or around 3:30, we’d take “The Walk” next door to Dunkin Donuts. On the way one day, a giant grass hopper (not unlike this one) jumped up from the ground and clung to my top. Let’s just say had a brave columnist not intervened, I publicly would have ripped my shirt right off.

15. Tattoo Fest. A few years ago, for a feature I wrote about a few local filmmakers, I followed them and Tony Moran (Michael Myers from Halloween) at the Tampa Bay Tattoo Fest. I watched Moran get his first tattoo (a four leaf clover on his calf, fyi) and hit the horror movie jackpot. I met Kane Hodder (aka Jason Voorhees from some of the Friday the Thirteenth movies), Courtney Gains (aka Malachai from Children of the Corn. And a clerk on an episode of Seinfeld.) and J. Larose, from Saw IV.

16. The time I had to turn down a free trip to Antigua from somebody about whom I wrote. Media ethics sums it up. I sincerely considered quitting.

17. The time I typed a birth announcement for a baby whose middle name actually was “Awesome.” Need I say more?

18. The rat. I’ll spare you details, but this one ended with me on top of my desk.

19. Showing up in other papers. Few things simultaneously surprise and flatter me more than learning something I’ve written has been picked up and printed by other papers, like the Chicago Sun Times and the Austin American Statesman. So grateful.

20. Don’t judge a gender by a voice. Because few moments are more awkward than the one in which you find yourself saying, “Sorry about that. I thought you were your wife.”