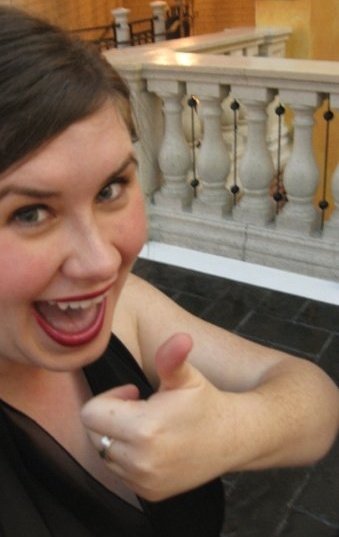 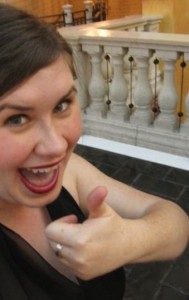 Growing up, I always figured I’d get married someday.

That, along with having kids, was just one of those things you did when you were an adult. I more or less kept that mentality up through college, which included a break-up with a guy who I was sure at the time was “The One.” When that ended, as much as I still wanted to be with someone, I figured maybe God was telling me to hold off in the relationship department for awhile. My “someday” was not at that time. So I put dating on the back-burner and instead focused on my college classes and socializing with friends, figuring that “someday” would happen at an undisclosed point in time after graduation and finding an adult job. Then a funny thing happened as graduation loomed closer and closer: good friends started getting engaged. Suddenly I found myself going to bachelorette parties and bridal showers, shopping for bridesmaid dresses and wedding gifts. While my “someday” was at some point in the distant future, my friends’ “somedays” were happening right then.

As happy as I was for my friends, all that wedding fever brought back to the surface my desire to be with someone. While I wanted to wait on God and on who or what He had in store for me, my flawed human nature got the better of me. I began to grow impatient. When would it be my turn to shop for a wedding dress? When would I get to have a bachelorette party thrown in my honor? Not only was I not getting married, I wasn’t even dating anybody, and there were zero prospects in my immediate future. So, since God seemed to be ignoring me completely, I decided to take matters into my own hands. What resulted was a string of hilariously bad dates with grossly incompatible men: the blind date with zero chemistry. The Italian guy with whom I had nothing in common because he was just too European and I was just too American. The Australian who informed me on the first (and only) date that he needed sex in a relationship because he was an affectionate person. The guy from Starbucks who was just…off. At the end of it, I was frustrated and still nowhere closer to my “someday.” Meanwhile, friends were still getting married.

Looking back, I think all those cringe-worthy dates were part of God’s lesson in patience. I think He was trying to show me that, by taking matters into my own hands, I was robbing myself of something way better He had in store for me. Along with learning the hard way what I DIDN’T want in a spouse, God was also showing me qualities I DID want, both through people I met in church and elsewhere. And I realized that the people with those desirable qualities were worth waiting for. That God’s plan, regardless of whether or not it included marriage, was worth waiting for. I learned that just because I was single didn’t mean God loved me any less than my married counterparts. He wasn’t ignoring me. He had His best in store for me, regardless of my marital status. I just had to be patient and trust Him.

So that is what I am doing. I’m still single. No prospects. But I’m truly okay with that. I’m enjoying His best as a single, growing in my faith and discovering new interests and hobbies. I’m focusing less on when my “someday” will be and more on resting in Him and trusting in Him. And I can’t wait to see what else He has in store for me.

About the blogger: Sarah Van Blaricum lives in Tampa, FL with her fur baby, a mini schnauzer named Ava. She works full-time at an ad agency in the Bay Area, but likes to pretend that writing is her real job. She blogs here, tweets here, Googles here, and would love it if you stopped by to say hi.