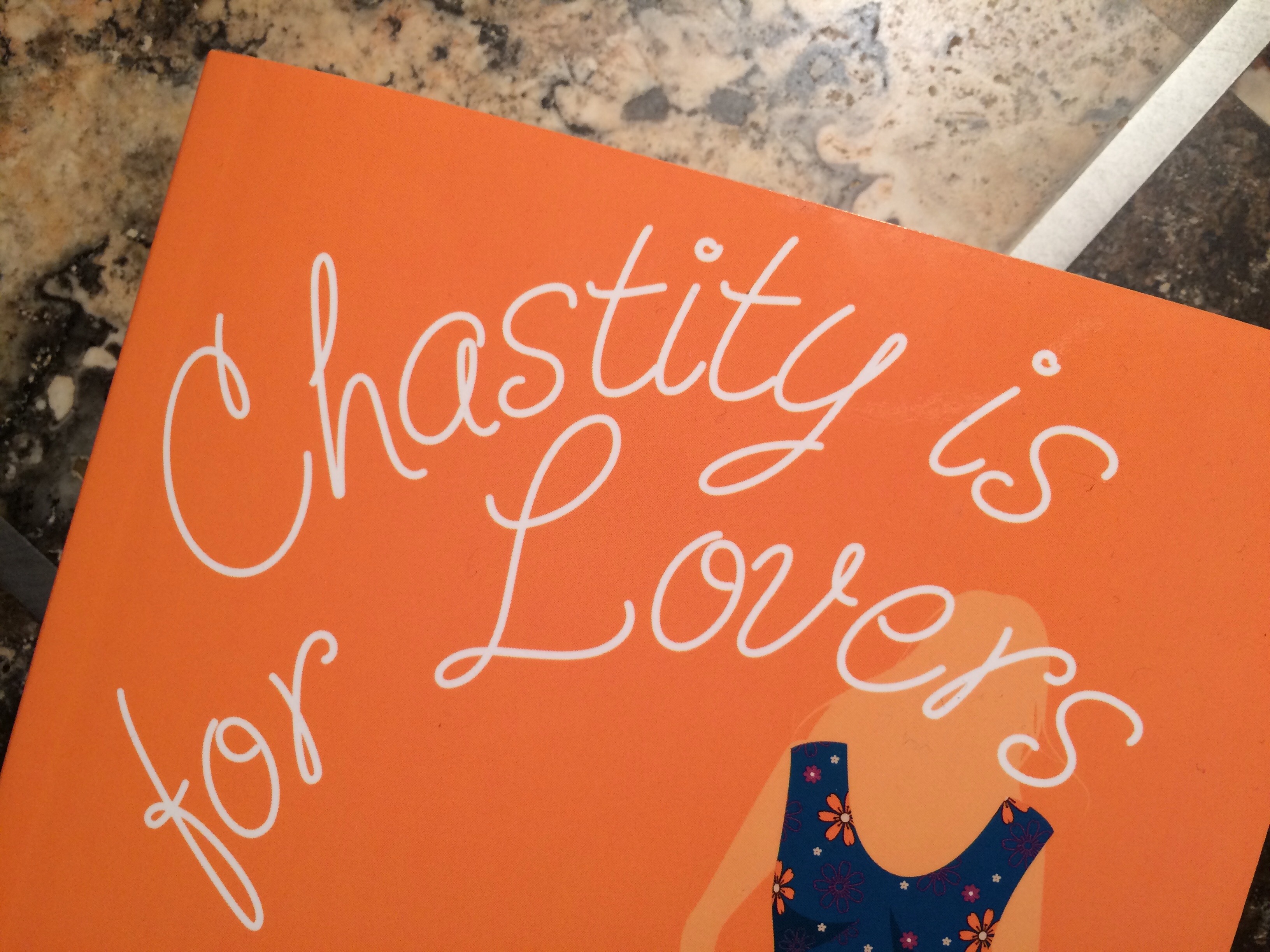 Several years ago, on the patio outside a strip mall pub in Jacksonville, Fla., I told my story into a mic during a meeting of Theology on Tap. Most of the people within earshot knew what to expect. But passersby were surprised by what they heard: “I’m a virgin.”

And though he had not signed up to let me teach him about the virtue of chastity, one passerby actually stopped. Under one arm, he clutched the Chinese takeout he’d picked up from the restaurant next door.

Instead of going home to eat, he listened intently while I explained how to practice chastity—that is, to do the right thing every day regarding sex, to honor the Lord with our sexuality. The man’s eyes were wide while I told the crowd we’re all called to practice chastity, no matter how old we are, no matter whether we’re single or married or priest or nun, and no matter our pasts.

And when I ended my chastity talk, that passerby raised his hand. He had never heard of chastity and he had questions. Lots of them. Difficult ones.

Do your friends who don’t practice chastity have hard questions, too? Or maybe you’re the one who has some questions.

Six years ago—on Nov. 28, 2014—Ave Maria Press published my book, Chastity Is for Lovers: Single, Happy, and (Still) a Virgin, with an important goal: to answer those questions.

But if signed copies aren’t your thing and you’d still like to stock up, you also can get 30 percent off and free shipping plus a FREE Advent book when you order Chastity Is for Lovers (or other Ave Maria Press titles) while using the code BLACK20 through Sunday (Nov. 29) here.

Six years later and I’m still moved by the feedback I get from readers—women and men, single and married, parents and grandparents, teens and college kids. I’m still doing my best to answer their chastity questions. And I hope my book helps you do that, too.

Our significant others shouldn’t accept us as we are.

Nonetheless, many of them do. And there’s a virtue in that. It is selfless to let their preferences slide so we can get what we want. There is generosity when they endure parts of us that clash with parts of them. They are gracious to keep their mouths shut when they could call us out for behaving badly. And we should be grateful that they accept us as we are.

Though if we’re honest, we have to admit: We shouldn’t always let them. A girlfriend or boyfriend (or husband or wife) doesn’t ask you to change your behavior isn’t proof that you have none worth changing. None of us needs to be told that we could be healthier and holier. All of us have room to grow. We are all called to die to self in relationships.

But if I expect someone else’s death to self to result in his or her settling for my bad behavior, I’m expecting to be in relationships that won’t sanctify me. When I let my significant other settle for my status quo, I’ll settle for it, too—I’ll never grow.

But that doesn’t mean we don’t need to. Use the questions I pose in my latest CatholicMatch post to determine whether (and where) we have room to improve.

We were on the beach when I found out about the other woman.

The moonlit waves hit the shore while we sat in the sand, bundled up on a cold night at the Virginia Beach Oceanfront. My date—a super fun guy I’d met at Mass a month earlier—had taken me out a handful of times but still hadn’t broached an important subject: our relationship.

That he kept his secret so long was a red flag I couldn’t ignore. In my latest post for CatholicMatch, I write about 5 more red flags you don’t have to settle for. Click here to read it.

On a rainy Friday night a few summers ago, I dodged puddles in a parking lot at the back of a big, beige building in Virginia. Under my umbrella, I followed the aroma of Italian cuisine to the restaurant’s front door. There, a young man awaited me, ready for our first date.

We talked for so long I didn’t realize the restaurant closed nor notice its staff cleaning up around us. By the time he walked me to my car, I knew we’d have a second date. And we did, plus many more. We met for Mass several Sunday mornings. We held hands, and kissed, and, when he traveled for work, we FaceTimed. A few weeks in, I knew what I wanted—to discern marriage in earnest. I thought he did, too.

So I was surprised by what he said in passing a month after our first date: “…it’s still too soon to put a label on our relationship.” I didn’t know then what I know now: that people who are eager to kiss you but are not eager to call you “girlfriend” or “boyfriend” are not interested in discerning marriage with you. When you date them anyway, you will not end up with a spouse. You’ll end up with a fling.

Flings are fun at first but never last. Here are 4 signs that you’re in one (in my latest post for CatholicMatch).

The other day, I lost my cool.

A couple of writers whose work I edit missed their deadlines. My own deadlines loomed. With short notice, new projects popped up. My workload surged and so did my stress level. By the end of the day, I needed to vent.

I called my boyfriend, who listened as I listed every single stressor. “That is frustrating,” he agreed. His presence and his patience played important roles in saving what I almost lost that day—my mind. That’s because his response when somebody vents has power. Yours does, too.

What you do when a loved one vents can connect or disconnect you. It can serve your significant other or be a disservice. If you’d rather help your significant other than hurt your relationship, there are five things not to say when he or she is venting. Click here to read them (in my latest post for CatholicMatch).