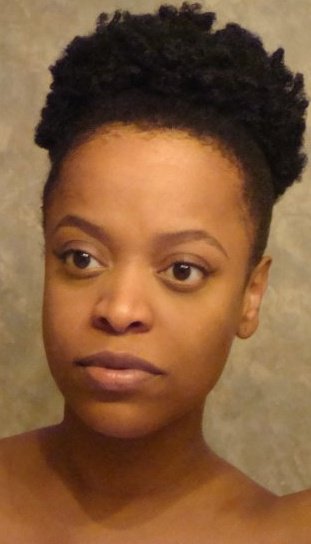 Now the serpent was more crafty than any of the wild animals the LORD God had made. He said to the woman, “Did God really say, ‘You must not eat from any tree in the garden’?” The woman said to the serpent, “We may eat fruit from the trees in the garden,(except for that one). ~ Genesis 3:1 – 2

Boasting solely in God and His goodness, I have to say that my life and experiences have been AMAZING! The places I’ve lived, the people I’ve met, the things I’ve accomplished…but, I have to admit: for a large part of my life, I’ve still been unhappy because I didn’t have a ‘real’ boyfriend and have never been close to marriage.

My situation runs parallel to the foolishness that Eve got herself into.

As Ephesians 6:12 states,”We wrestle not against flesh and blood, but against principalities, against powers, against the rulers of the darkness of this world, against spiritual wickedness in high places.”

And just like he did with Eve, that dirty devil’s been trying to start a fight.

That dirty devil had the nerve to get in her head and make her think that she should be ungrateful because God didn’t want her eating from one, ONE, of the trees in the garden. This hefa had a kazillion kabillion million shillion trees to eat from and enjoy, but she was worried, concerned, and even “mad” at God because He told her to leave ONE of those trees alone for her own good.

Just like Eve, I’ve been conversing with the devil for far too long. He’s been in my head and in my spirit, trying to convince me that I’m worthless — or worth less — because I’m single at 30.

Here I’ve been, for 30 years, eating from the kazillion kabillion million shillion trees and having the nerve to keep looking at that ONE tree — with the relationship fruit — and being ungrateful for aaaaall of the other fruits that have come to me in their season from phenomenally tasty, delicious and plentiful trees.

So, my new mantra — because I know me :o) — is “All the trees in the garden…” (I’m leaving the “except for that one” part out in order to help me focus on all I DO have.)

About the blogger: Amber Mobley currently lives in Kansas City, Kansas but — throughout the last 12 years — has called Washington, DC; Shreveport and Baton Rouge, Louisiana; Tampa, Florida and Los Angeles her home. She freelances for The Kansas City Star (Faith Walk and Ink) and is currently one of the coolest librarians this side of the Mississippi as she’s working on her PhD in education. Click here to visit her on Facebook.