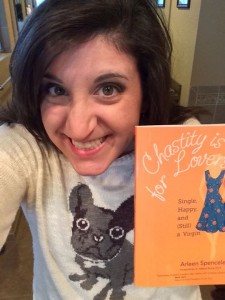 The moment I learned I would become an author is vivid, even now, almost two years later:

I sat beneath the bright bulbs of the chandelier that floats over the kitchen table and grabbed my phone while a notification buzzed: an email from Patrick, the editor who that morning, had presented my book proposal to his colleagues at Ave Maria Press.

“So, I was wondering,” he had written. “How would you like to write a book for us? :)” END_OF_DOCUMENT_TOKEN_TO_BE_REPLACED 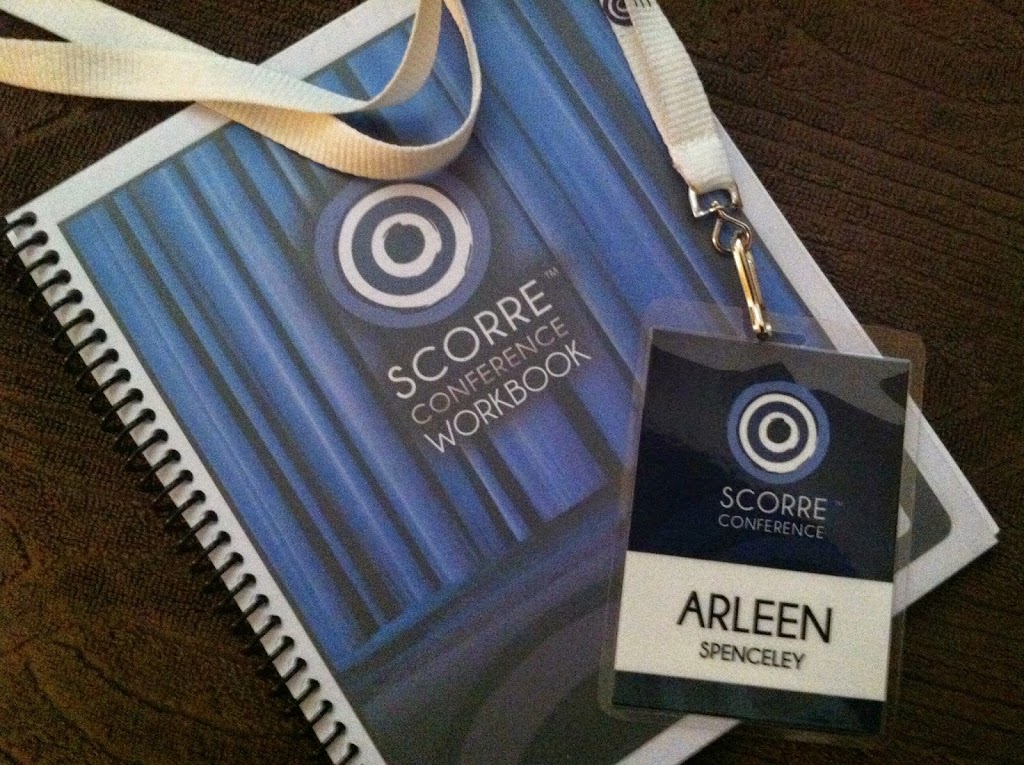 I said it to a speech coach, unabashed but anxious, unprepared for what had worried me all week:

I would deliver the presentation — for which I had been given no guidelines except for the time frame — on my first night at SCORRE, a conference created to turn participants into better communicators. The SCORRE conference, born out of the wisdom and experience of believers, business partners, and bestselling authors Ken Davis and Michael Hyatt, would require a leap outside my comfort zone, a move a communicator must make to up his or her game. SCORRE, I discovered, could facilitate that leap. A communicator can up his or her game by taking advantage of the opportunities the conference provided: sessions, speeches and social time.

In seven sessions, I learned what I didn’t know while I prepared my first five-minute speech: how to so focus a speech that what doesn’t need to be in it isn’t and what needs to be in it is, how to “talk” with my body, how to use humor, how to illustrate a speech’s points, and how to be a confident speaker. I also got to see Ken Davis dance a lot. As a result of my taking advantage of the opportunities to be part of the sessions, which were led by communicators I admire, I don’t have to panic in speech prep like I did the day before the conference.

In three video recorded speeches — each five minutes and given in front of my small group and our coach — I could compare my speaking skillz pre-, mid- and post-absorption of the SCORRE method for preparing a speech. By the conference’s third night, I had learned the method and, for the first time in my life, delivered a speech without notes of any kind. (And I nailed it, according to feedback from my small group members and coach.) The opportunity to deliver speeches daily was an opportunity to immediately apply what I had learned — and to learn that it totally works.

In the conference’s social time — during lunch, dinner, and late nights in the hotel lobby — I rubbed elbows with more than a hundred fabulous communicators. I exchanged business cards and ideas with authors and show hosts, pastors and PhD’s, bloggers and business owners and people who — YAY — plan to invite me to speak at their churches when Chastity is For Lovers launches. The social time created opportunities to network, to connect with people whose work plus mine might equal a better world — people whose relationships with me won’t end just because the conference did.

At a dinner during the conference, I stopped at Ken Davis’s table to tell him that preparing a speech using SCORRE was a far smoother experience for me than speech prep ever had been, that I would preach in favor of SCORRE on his behalf.

Today — finally home from the conference — I make good on what I told him. SCORRE didn’t pay me to praise the conference with this post. Nobody even asked me to share my experience. But my experience in the sessions and speeches and social time were of such benefit professionally and personally that I just can’t not share.

Now it’s time to up my game…

WRITING A BOOK IS HARD.

But it’s also exciting. You’re on track for awhile, say a thousand words a day, until — PLOT TWIST — you miss your deadline anyway. There are twists and turns, all-nighters in which you write your favorite chapter, and all-nighters after which you throw out what you wrote.

You can plan for whatever you’d like while you write, but some stuff you just can’t predict. Among the things I couldn’t predict are the first four fun facts below — things you probably didn’t know — and the fifth one, I threw in for good measure:

1. I wrote at least a third of Chastity Is For Lovers on an air mattress. The double-high air mattress, stuck between the foot of my own bed and the bookshelf across from it, was inflated for the house guests to whom I loaned my room. After they left, I sat on it with my laptop and I wrote. And then I wrote, and I wrote, and I wrote. And so on an air mattress (apparently the jackpot for inspiration) is where I wrote — I’m talkin’ for weeks — until I finally retired it and wrote instead on the floor.

2. Listening to “Say Something” by A Great Big World on repeat turned out to be a reliable remedy for writer’s block. Which is entirely inexplicable.

3. I ended a nearly eight-year caffeine fast in order to finish Chastity Is For Lovers. I quit caffeine in college because I am naturally caffeinated. (And because of the time it caused my resting heart rate to reach 150. #truestory) But writing a book meant pulling all-nighters, especially toward the end. In favor of meeting my already-thrice-extended deadline simultaneously as retaining my day job, I got my coffee on, a lot. I stuck with half-caf, mostly, and have since quit caffeine again.

4. I first learned Sr. Helena Burns would write the book’s foreword when she tweeted about it. I am pretty sure I screamed when Twitter notified me via my phone that Sr. Helena had tweeted that she’d write it. Unbeknownst to me, my editor — who knows how much I love Sr. Helena — had reached out to her with the invitation. And obvs, Sister said yes. Best. Surprise. Ever.

5. I want to bring the book to you. When the book launches in the Fall, I actually want to bring it to you. If you’re interested, help me make it happen! How? Tell me the name and location of your church and/or diocese in the comments below.

Honored to have been interviewed by Jack Beers for the Array of Hope Show blog. We talked about my upbringing, prayer and what to do in the early stages of a faith life in part 1. Click here to read it. Jack will post part 2 next week.

There is something disconcerting and something else peaceful about being silent in thought and word in front of the Blessed Sacrament.

En route to the church, I think.

I have to spill my guts to Christ, I think.

I think I have to tell him something and wait for his response, or for a blanket of warmth if it’s cold out, or something, or an inexplicable breeze if it’s not (neither has ever happened, it’s just what I think of). That this time, my prayer will be intentional and uninterrupted. No distractions.

And so in the church, I kneel, and I greet Jesus, and then I remember an email or a deadline or my attitude problem. I rein in my thoughts. I greet Jesus again, and focus firmly on the tabernacle first. Then on the giant crucifix above it. Then on how I want to be a better public speaker.

I want to say words, more words than the ones in my default opener…

The other part of me thinks it’s totally ok. That’s the part that recalls how many times I have been told not to talk as much as I listen. To make what distracts me part of my prayer. That the sacrifice of being there is prayer enough, sometimes.

I think, then, of all the other stuff.

Then I greet Jesus, again.