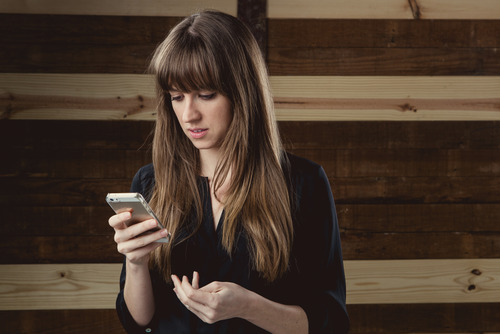 On Friday, a friend sent me a text while she swiped left and right for awhile on Tinder. The app connects users to close-by potential dates, which is why what my friend found there that morning alarmed her.

She stopped swiping when she saw it: the familiar face of a man last active on the app a half hour earlier — a smiling male acquaintance.

A smiling male acquaintance who has a girlfriend.

But his Tinder profile is not the first to put my friend in an awkward position.

He is the third guy the app has suggested to her who has both an active Tinder profile and a committed significant other. Each has been a reminder of my friend’s ex-husband’s infidelity — each an instance in which faith in men is discouraged instead of restored.

Which, in the wake of encounters of all kinds with men, is now and then the story of a lot of ladies’ lives — some of them my friends, some of them readers.

One of them me.

Sometimes we respond by making careless, sweeping statements: “Good men don’t exist.” “Men are disappointing.” The first one is always false. The second one isn’t always true. Some men cry foul when a woman makes similar statements. Other men have compassion about it.

The result of some women’s wounds and scars is what inspired me to write a recent social media status:

I know lots of women who no longer believe that good men exist. Attention men: with virtue and integrity, please prove them wrong.

“I have (practiced virtue and integrity), and I’m the one who gets burned,” one man wrote in a comment.

“The only thing the women see is our flaws,” wrote another.

When others saw the part of what I wrote that says lots of women no longer believe that good men exist, they responded: “I’M RIGHT HERE!”

To which I frankly say, on behalf of lots of other women, “WE KNOW.”

But good men, there is something we need you to know: We are not mad at you. We are mad in front of you.

[shareable]Women need good men to know: we are not mad at you. We are mad in front of you.[/shareable]

We do not deny that women have treated you poorly by divulging that we have been treated poorly by men. Asking men to practice virtue and integrity does not imply that we think you never do. “Men, please be mindful of how what you do affects others” is not synonymous with “women don’t have to be.”

And I did not imply with my status that good men don’t exist. I implied, good men, that you matter.

I can’t say that your decisions to honor our dignity, to be honest with us, to prove our sweeping statements wrong (and to forgive us for making them) will necessarily get you a wife — neither men nor women are promised spouses by practicing virtue.

But this I can say with certainty: we need you.

You are contradictions to the men my friend found on Tinder.

That you honor women’s dignity is apparent when your respect for a woman is not disrupted by a decision not to date her. And when you are forthcoming about the caliber of your commitment. And when ulterior motives aren’t what fuels your pursuits of (or interactions with) us.

That you honor women’s dignity will bring hope to a hopeless woman whenever you — or a woman who knows you — happens to cross her path. Even if you never actually meet her.

This is a call to be vigilant about your behavior — not because good behavior gets you a girlfriend, but because you don’t know whose faith in men your behavior will restore when your virtue and integrity are observable.