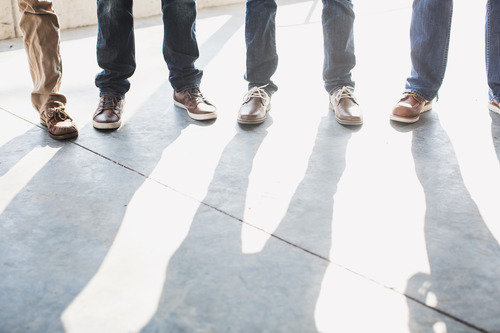 As somebody who has written a lot about dating, I have gotten a lot of feedback from single adults — ladies and gentlemen who haven’t tied the knot and want to, who routinely ask an honest question.

They are single and don’t want to be, and in many cases, rightly have flexible preferences (e.g., “I like beards, but I don’t require a dude to have one.”) and stable standards: they want a Catholic spouse, somebody committed to their sainthood, who seeks Christ first, who practice virtues — people who, in our culture, are few and far between.

So they ask me where the good men are, or where the good women are, which inspires my own question: What exactly have you done in effort to find them?

And that’s a sincere question, not an accusatory one — I don’t ask because I don’t think you’ve made an effort. I probably don’t even know you, so I have no idea. I ask as an invitation to think critically about whatever effort you have made.

But you also know perfectly well that if you have not found one yet, it is not because you don’t have access to any.

That ceases to be an excuse if you have, say, a driver’s license, or the Internet, or friends who have friends who are single. Stop looking at your small town or at your parish’s demographics like they are insurmountable obstacles — they are hurdles, and it is your job to jump over them.

[shareable]A person who won’t endure inconvenience is a person who isn’t committed to finding a spouse.[/shareable]

And do you know what else I think you probably already know?

That sometimes, the steps we take to meet good men or women do not work — which inspires another question: If you believe your vocation is marriage and the steps you have taken so far to meet somebody haven’t worked, why do you keep taking them?

Maybe it’s time to do something different. To admit some responsibility. To stop asking where the good men and women are and to acknowledge that good, Catholic men and women almost always will be hard to find. To stop using that as an excuse to claim defeat, and to use it instead as what it’s supposed to be: a reason to do work.

A reason to more-than-just show up.

A reason to try new ways or places when the old ones haven’t worked.

And it is permission to accept that a person’s commitment to finding a spouse doesn’t guarantee that he or she will find one, and to care less about that than about abandoning ourselves to whatever God’s will turns out to be.