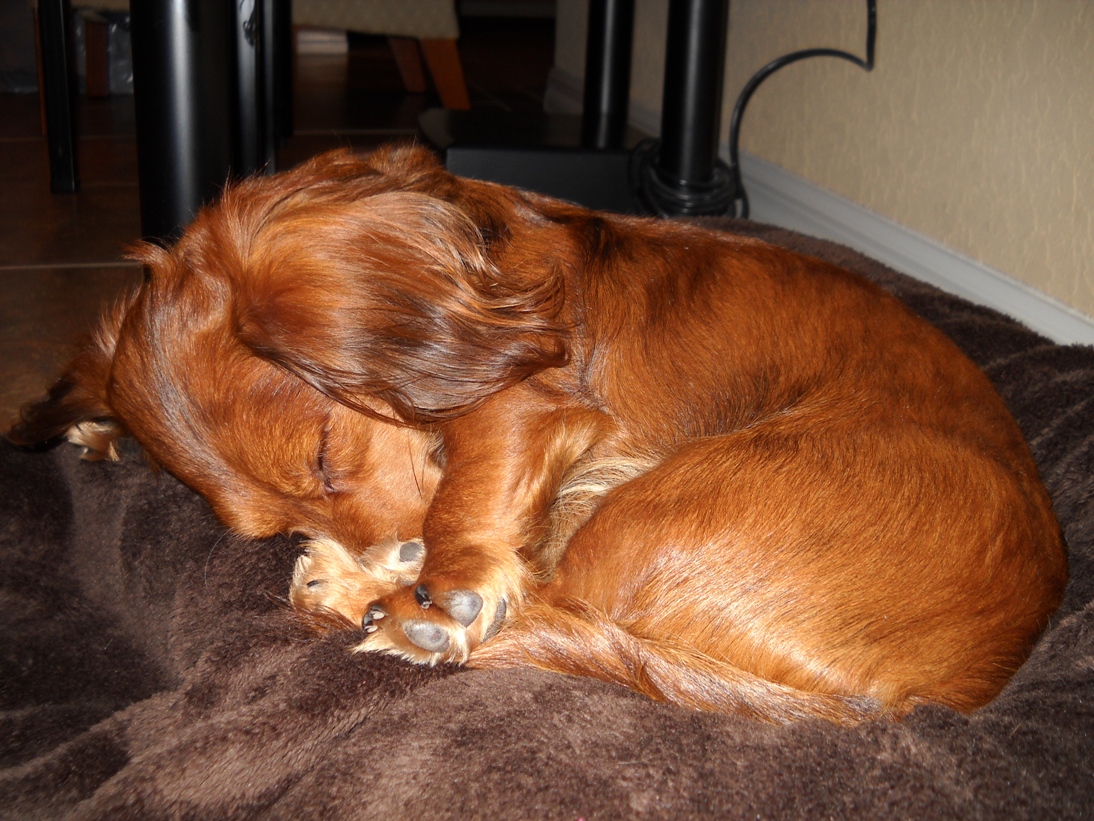 As the sky darkened, lightning lined distant clouds while my dog — a red brindle longhaired dachshund — crossed the mulch in our back yard. The thunder’s rumble, too far from us to faze to him, warned of an impending storm, a norm for five at night in a Florida summer.

I watched from the porch while Rudy frolicked, and I wondered if we should hurry, ’cause there’s a reason we call where I live the “lightning capital.” He wagged his tail and sniffed the earth with curiosity and bliss and innocence — until the lightning struck.

A bolt cracked a close cloud open. The back yard turned blue, and the flash happened at the same time as the boom. In an unforeseen twist of the evening’s plot, my dog’s curiosity dissolved into panic. He bolted, tail between his legs, aimless for a second before he ran through the door I held open for him. We ran together from the porch into the house, where I scooped him into my arms and carried him to the couch.

He curled into a ball beside me, in constant contact with me for most of the rest of the night. But how he clung to me was not an exclusive result of the storm. He clings to me all the time. He wants to be as near to me after an unfortunate encounter with bad weather as he wants to be after he barely-chews-then-swallows a venison flavored square of glucosamine (his favorite treat). We share a lot of square feet, but he makes a daily dog-decision to stay within my immediate radius, regardless of his circumstances.

During the storm that followed the bolt, a metaphor emerged: My dog seeks the same stuff every day. What he seeks does not depend on circumstance. How often what I seek does.

As Christians, the seek part is easy. We know exactly what to seek.

But I will pore over page after page of scripture when I want to find a verse to prove a point; and I fail over and over to commit to ten solid minutes of Scripture a day, any other day. And I pray aloud, or in silence, or in writing, a lot when a crisis strikes or I see one coming; but I am likely to wait so late to sit down solely to pray any other day that I doze off as soon as I try.

Often, I’m like my dog during a thunderstorm. I run to help, to God, fast. I get close because I’m scared. Not often enough am I like my dog on any other day. Sitting calmly with my help even as there is no sense of urgency, clinging to God the best ways I know how, quietly nurturing a bond, spending quality time being close to him on purpose.

How aware I am now, thanks to that lightning bolt, that this needs work.

That we can seek the same stuff every day, regardless of circumstance.

And that we should.