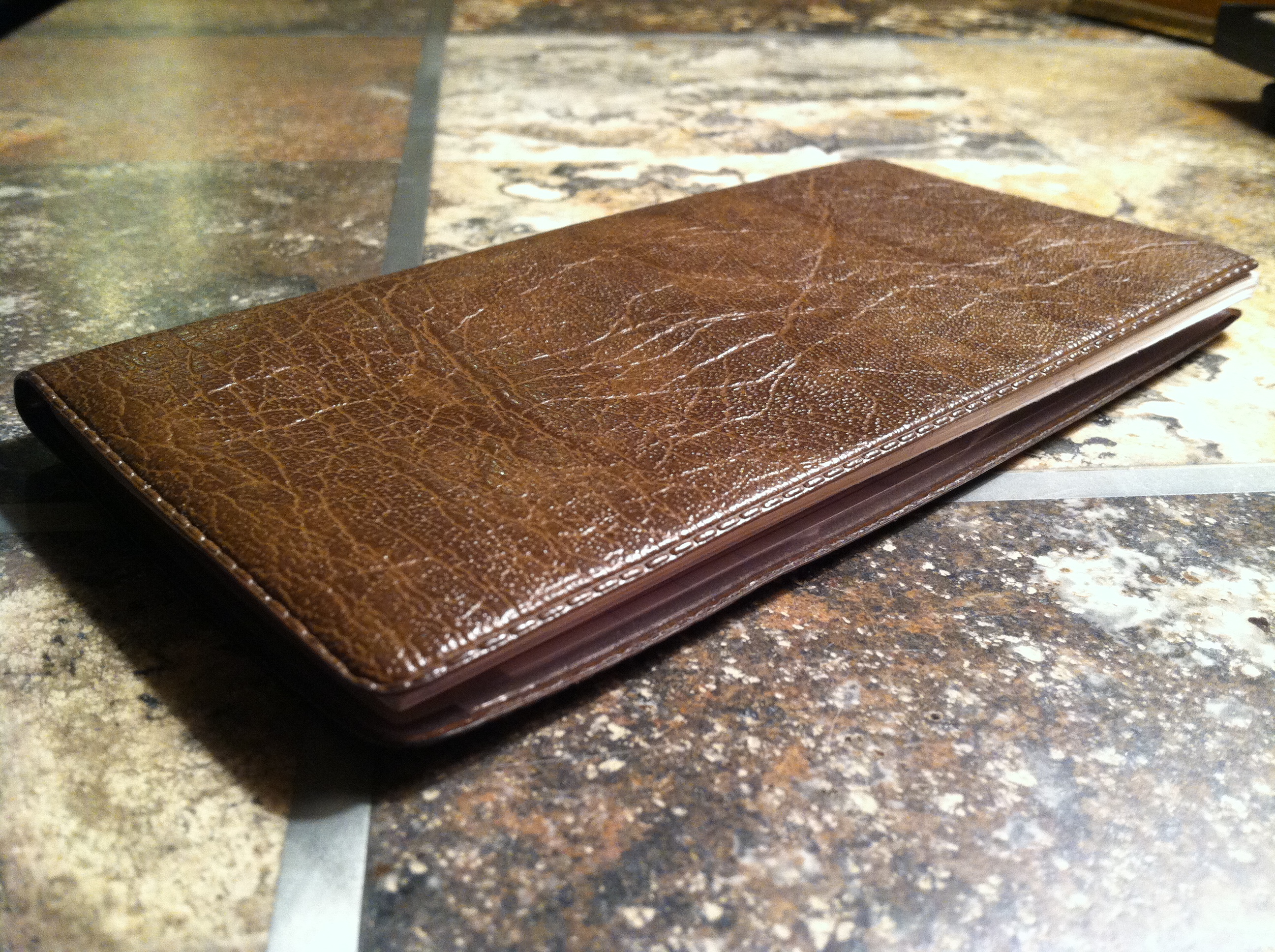 I am not good at patience. Neither is the elderly woman I met on the checkout line at Sears once. She stood behind me, clutching a pink nightgown wrapped in plastic, prepared to pay for it with debit or credit. I — though then in my early 20s — rifled through papers and pens in my purse until I finally found what I sought: my checkbook.

Responses to the person who writes a check at the checkout counter vary in intensity, and include but are not limited to stink-eye and mockery. The elderly woman settled for an audible sigh. But I ignored it, pen in hand and smile on face, prepared to exercise my right to write a check for whatever it is that I bought.

At the register, I recognized the cashier — a classmate from middle school. Conversation ensued. So did stink-eye, from behind me. But I pressed on, writing that check and talking while I wrote. Then I tore it out of the book and slid it across the counter. But the cashier handed it back. As the elderly woman rolled her eyes, the cashier pointed out my mistake.

Pay to the Order of Arleen Spenceley.

Distracted by the unexpected reunion, I’d made the check out to myself. I laughed. The elderly woman did not. This is because nothing is funny when you’re the person behind the person who writes a check to herself at Sears. I, in a debit- and credit-cardless decision to shop there among retirees, had turned from human to nuisance by virtue of my checkbook.

And I get it, because patience is hard, because patience — when practiced in the wake of an inconsiderate person — feels like we’re reinforcing bad behavior. But patience, a virtue and a characteristic of love, is a lost art — an art that gets easier if we accept the following truths:

1. Other people don’t know everything. We don’t lose our patience because people aren’t all-knowing. We lose our patience because we expect them to be. We want family, friends, and strangers to accommodate for our needs — even the needs they can’t possibly know we have. When we accept that other people don’t know everything, the guy who drives 10 under in front of you looks less like a person who hates you and more like a person who has no idea how full your bladder is. He looks less like a person who is trying to ruin your day and more like a person who might not know the speed limit. Passing him when it’s safe to pass him is more productive than calling him an idiot.

2. I don’t know everything. Some of today’s young people were born with a superpower: making stuff up to explain extended periods of silence between text messages, and believing it. When waiting is not a strong suit and a significant other doesn’t respond, a man or woman might assume it’s a precursor to a breakup, if not an actual breakup, and how dare he or she, or woe is me, and oh — your phone died? My bad. A lot of the patience we lose is lost because we attribute intentions to other people’s actions without proof that what we’ve attributed is accurate. When a guy doesn’t respond to a text, we can guess it’s because he’s mad, or we can accept that we don’t know why he’s not responding. When we’re being tailgated, we can guess it’s because the driver behind us is a crazy person, or we can accept that we don’t know why he’s in a hurry. When we accept that we don’t know everything, we’re open to the benefit of the doubt — a practice that makes having patience with people easier.

3. Everybody drops the ball at some point. Sometimes, an employee misses a deadline. Other times, a chef overcooks your pasta, or you’re stuck behind a girl who wrote a check to herself at Sears. A lot of people who drop the ball drop it because they’re self-absorbed, ill-prepared, or otherwise at fault. But having patience with a person doesn’t mean we condone his or her bad behavior; it doesn’t mean we don’t seek justice. It means we don’t respond to bad behavior like we’ve never behaved badly, or like we’re above being affected by other people. When we accept that everybody drops the ball at some point, mercy becomes important. Patience, then, isn’t the ability to wait, or the ability to be unaffected; it’s the ability to suffer. And in a world where suffering is inevitable, it’s an art we ought to bring back.

What other truths should we accept if we’re to bring back the art of patience?

[callout]The Lost Arts is a series inspired by arts too often abandoned — arts that, when practiced, make relationships of all kinds better. Want to suggest a lost art for a future post? Leave it in the comments below.[/callout]