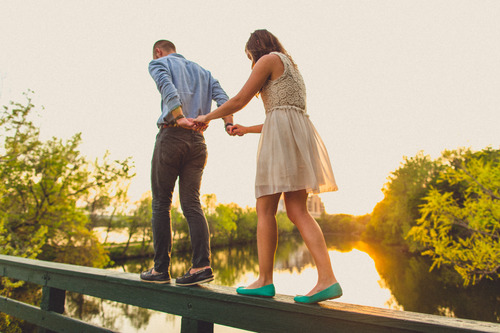 The Q: “I’ve been asking different people what they define as ‘dating’ versus ‘hanging out.’ Everyone has entirely different answers. What should count as a date and what shouldn’t?” -B.T.

The A: The short version of my answer is that it’s a date if you both decide that you want it to be. But here’s the long version:

B.T. makes an important point: lots of us define “dating” differently. I, for instance, define long-term dating as a method by which we discover the truth about each other — to discern whether entering into the sacrament of matrimony with a given person is a good idea. Others disagree.

[shareable]There are lots of ways to define dating and dates, and I don’t think we will ever change that.[/shareable]

But whether you should call it a date might be moot if we don’t look first at why you are going on “it.” What was the catalyst for the decision to arrange the rendezvous? What purpose will it serve? An important part of those questions is that neither of you can thoroughly answer either of them alone.

So why do we try?

It’s a date if we decide that it is, which implies that together, we have to decide.

One of us has to have the courage to initiate communication about the caliber of our interest in each other. We have lived like our challenge is to use who pays or where we go to determine whether another person is romantically interested in us. It isn’t. Our challenge is to stop making each other do that.

How? By being explicit.

[shareable]If you’d like to take her out, tell her that, specifically.[/shareable]

If you don’t know if it’s a date and you want to know, then ask.

If you know her well enough to have discovered that you’d like to discern marriage by dating her long-term, bring it up.

I didn’t actually answer B.T.’s question — What should count as a date? — because I would rather suggest that we all just do what ultimately counts: communicate.