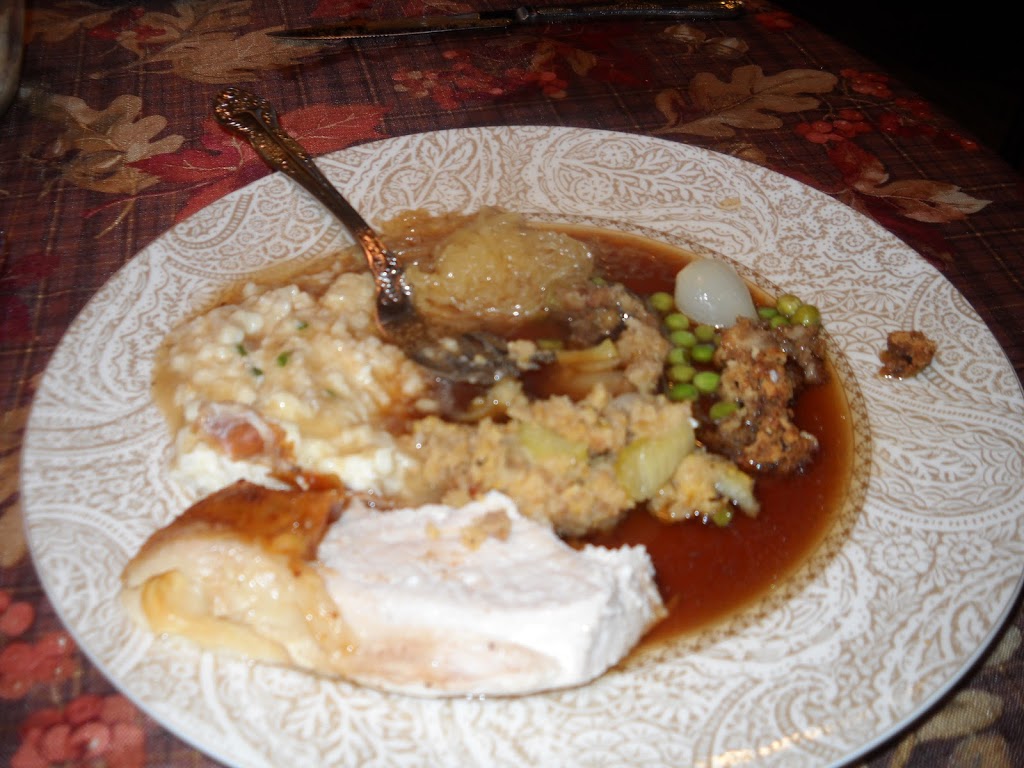 While we each began to eat our plates of Thanksgiving food, Jordan Bowser – a brother of mine from another mother – came to a realization:

“I need liquid,” he said. So he stood from his seat and walked to the kitchen, where he filled a cup with root beer.
On his return trip to the table, he tripped, and as such, poured his root beer all over his plate of food:
Which resulted in this musical gift to you from Jordan and me: