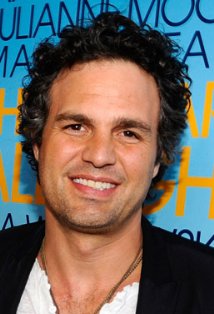 Last weekend, at an abortion rights rally outside a clinic in Jackson, Mississippi, somebody read an open letter aloud, written by actor Mark Ruffalo. Ruffalo, who is the Hulk in The Avengers, is for the right to choose abortion, which – according to the letter – is what his mother did. Below are excerpts of the letter (in italics), plus my commentary:

What happened to my mother was a relic of an America that was not free nor equal nor very kind. My mother’s illegal abortion marked a time in America that we have worked long and hard to leave behind. It was a time when women were seen as second rate citizens who were not smart enough, nor responsible enough, nor capable enough to make decisions about their lives.

Women (and men) are created able to be smart, responsible, and capable enough to make good decisions. I agree with what Ruffalo implies: a woman in whose womb there is a baby can (and should) make a responsible choice. What I haven’t heard from Ruffalo yet, or much at all in this conversation, is an important reminder: Couples capable of making good decisions after conception can make good decisions before conception, too. So why don’t they? Probably because pro-choice people and pro-life people define “good decisions” differently. Because we live in a culture that still thinks we can have our cake and eat it, too. Because contraception.

It was a time that deserved to be left behind, and leave it behind we did, or so it seemed. We made abortion and a woman’s ability to be her own master a Right. That Right was codified into law. That law was the law of the land for decades. My own mother fought to make herself more than a possession; she lived her life as a mother who chose when she would have children, and a wife who could earn a living if she so chose. I want my daughters to enjoy that same choice. I don’t want to turn back the hands of time to when women shuttled across state lines in the thick of night to resolve an unwanted pregnancy, in a cheap hotel room just south of the state line. Where a transaction of $600 cash becomes the worth of a young woman’s life.

I admire Ruffalo’s compassion for people who are in the toughest imaginable spots. I get how he hopes his daughters have a choice. But I am not as interested in whether it is legal to choose. (If abortion were outlawed entirely, it would be a Band-Aid anyway, for a wound way bigger than that.) If I have kids, my hope is not that they can choose. My hope is that they don’t have to make that choice. That they will choose chastity. That pregnancy, before or after a marriage, is regarded as a miracle instead of as a disease.

There was no mistake us making Abortion legal and available on demand. That was what we call progress. Just like it was no mistake that we abolished institutional racism in this country around the same time. The easy thing to do is lay low, but then are we who we say we are? Do we actually stand for anything, if what we do stand for is under attack and we say nothing? There is nothing to be ashamed of here except to allow a radical and recessive group of people to bully and intimidate our mothers and sisters and daughters for exercising their right of choice.

Bullying or intimidating people who have had or are considering abortions is egregious. It’s unloving and Jesus wouldn’t do it. So stop it. To this I would add it is also egregious to bully people who have made another choice: not to have sex. It is also egregious to intimidate them. To tell them they are virgins because “I can’t tell if you’re a man or a woman,” to encourage them to compromise because “no guy will wait that long to have sex.” (And yes, people have said both to me.)

Our bodies are temples. Dwelling places of God. We have been given a human nature, which – according to the Catechism of the Catholic Church – “has not been totally corrupted.” It is only wounded. Which means we indeed can learn self-mastery, in chastity, which – far more than any movement I have encountered – promotes the dignity of all human life.