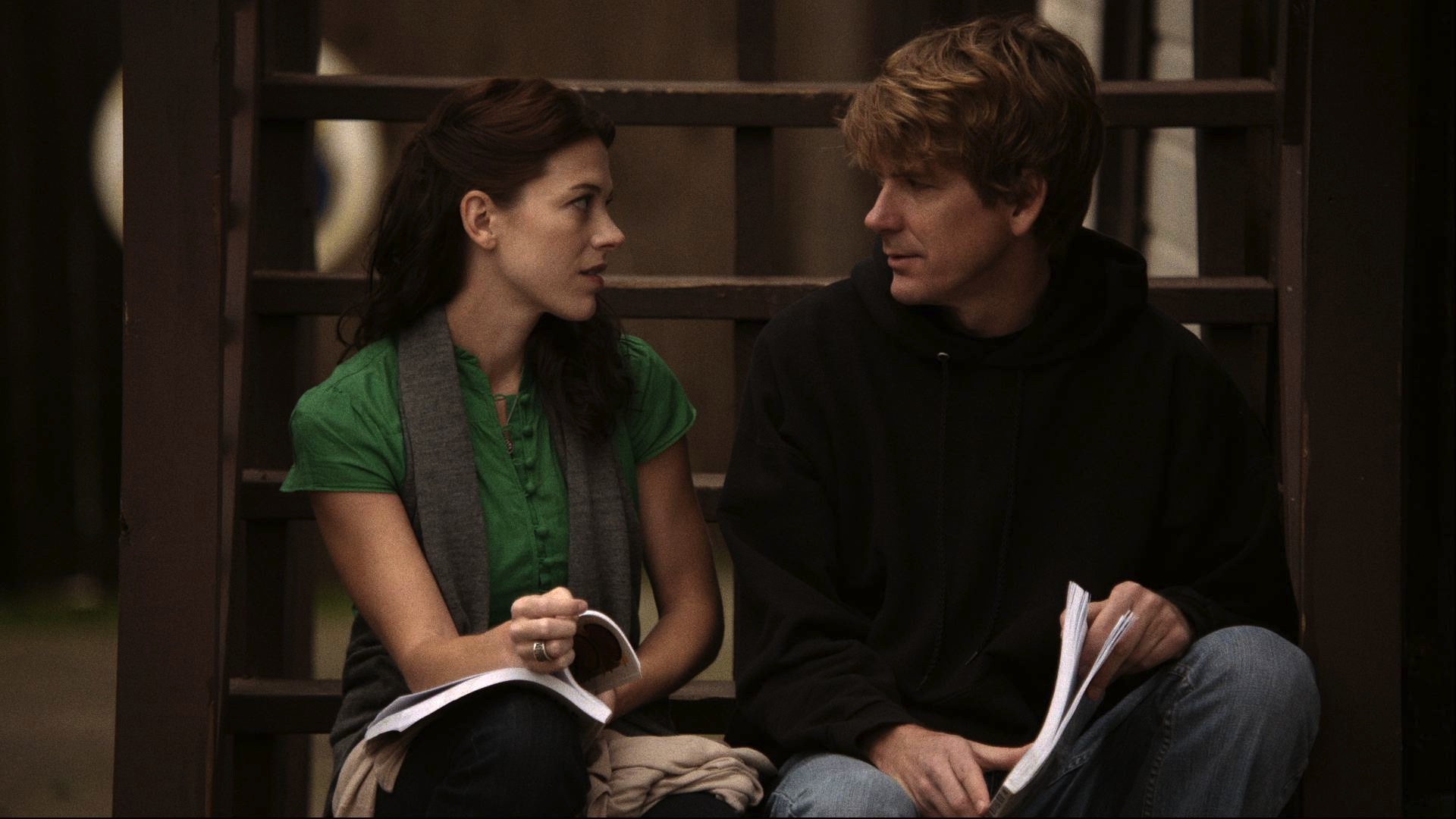 WHO DIDN’T SEE FIFTY SHADES THIS WEEKEND? This girl! I, did, however, see the film Old Fashioned — a PG-13 alternative strategically released the same weekend. I didn’t hate it.

The movie is about Clay (Rik Swartzwelder) and Amber (Elizabeth Ann Roberts), whose worlds collide when her truck runs out of gas in his neighborhood. There, with her gas tank as her only guide, she — romantically albeit unrealistically — decides to rent an apartment.

The apartment belongs to Clay, the quiet owner of the antiques shop beneath it. She thinks he’s a prude. He thinks he’s prudent. (And yes, there is a difference). She’s flirty. He doesn’t sleep with the women he dates. The plot thickens while their attraction to each other kindles a unique relationship and their pasts threaten to extinguish it.

I won’t tell you how it ends. But I will tell you what we who watch it can learn from it:

Clay says at the start that he won’t be alone in a private place with a woman who isn’t his wife. Which means when Amber’s stove stops working, he — her landlord — asks her to step outside so he can fix it. She’s surprised, but she complies. He set boundaries. The most important part of this is not his boundaries (which also included no kissing), but his willingness to set, express and stick to them, which is a necessity for anybody who intends to practice chastity. What each of our boundaries are will vary (within reason). Our abilities to express them will unveil whether we are resolute in our pursuit of the virtues the boundaries help foster. Our willingness to stick to them will unveil our integrity.

While Amber mildly mocks Clay through the screen door while he fixes her stove, he divulges what underlies his decision not to be alone with women — a theory he has about dating: “I don’t believe that dating trains us to be good husbands and wives,” he says. “It trains us to be good dates, to be good at the superficial.” And then he explains: “We don’t have to go around using each other. It doesn’t have to be that way.” Clay — as far as Amber’s concerned — breaks the rules. He doesn’t do what she expects men to do. His decision to break rules reminds us: the culture that surrounds us has a lot of rules that ought to be broken (i.e. “you must sleep with the people you date.”).

When it’s clear to both that Amber and Clay are mutually crushin’ hard, Clay does what no woman expects a man to do: takes her to premarital counseling. #Awkward! There, they receive workbooks to work through together, filled with questions, such as “With how many people have you had sex?” and “How do you feel about your significant other’s friends?” While it’s probably a bad idea to take a girl to premarital counseling for a first date, it is not a bad idea to ask questions — lots of them, as many as you can before you’re buying rings and altar-bound. Your partner’s answers to hard questions will teach you a lot (and so will his or her willingness to answer them — or lack thereof).

One day, when Clay shows up to spend the afternoon with Amber, she presents him with a shoebox. Inside it, on small slips of paper, are creative date ideas (including but not limited to “the hardware store,” to buy an ax and teach her to chop wood, and “get lost,” which is code for “drive until we don’t know where we are”). Eventually, he creates his own for her, and they take turns deciding how to spend time together by drawing slips of paper out of both boxes. I’ve never dated a dude who has had an idea that good (no offense, dudes I’ve dated). Their date ideas (and their responses to their partner’s) facilitate discovery of each other. Their unique relationship implies that they don’t rely on the status quo — that while they don’t do what “everybody” does, they do what more of us should: get creative.

Clay’s friends are boys he has known since college — fraternity brothers who are usually quick to mock him for his morals. At one friend’s bachelor party, another friend disregards Clay’s morals altogether by hiring a stripper to do her thing while Clay is in the room. The groom’s reluctance to engage with the stripper is as apparent as Clay’s discomfort. But so is Clay’s courage. He shut the music off and invited the groom to consider his bride. The other groomsmen derided him. He left — and so did the stripper, when the groom, moved by Clay’s plea, told her to. The courage to stand up for what we believe (or to walk away when we find ourselves where we shouldn’t be) is difficult — but it preserves our integrity.