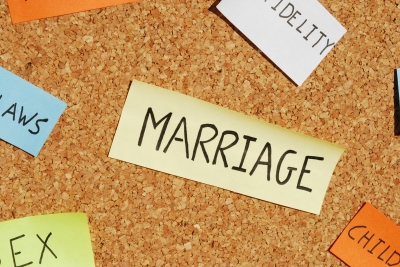 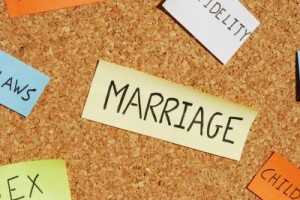 According to a column Friday on CNN.com, to honor each other as man and wife for the rest of our lives is probably impossible.

“Strict sexual fidelity is a lofty but perhaps fundamentally doomed aspiration,” wrote Meghan Laslocky, the column’s writer and author of The Little Book of Heartbreak: Love Gone Wrong Through the Ages.

“A person is theoretically expected to have one sexual partner for about 50 years,” she wrote. “This seems like a lot to expect of any human being — even the most honorable, ethical and moral.” It’s a lot to expect, she said, because humans are animals and animals aren’t often monogamous.

“Face it,” the column’s headline reads. “Monogamy is unnatural.”

Then infidelity is “only human,” to use words the average American adult might use. But I have good news for Laslocky:

Infidelity is not “only human.” Fidelity is.

Humans are embodied spirits, created in God’s image, given enough daily grace to resist temptation. “Original sin,” according to the Catechism of the Catholic Church, “caused ‘a deprivation of original holiness and justice, but human nature has not been totally corrupted; it is wounded… and inclined to sin – an inclination to evil that is called concupiscence.”

Concupiscence is definitely in “the impulse to experience sexual variety.” It is what pulls a married man or woman toward sex with somebody other than his or her spouse. According to Theology of the Body (TOB), “It is as if the ‘man of concupiscence’ …had simply ceased… to remain above the world of living beings or ‘animalia.'” We have to learn, according to TOB, “‘to be the authentic master(s) of (our) own innermost impulses…'”

This doesn’t mean we are animals because we sin. It doesn’t mean we are animals at all. It doesn’t make us less-than, but proves we are greater-than, that we don’t sin because we’re human but because for a moment, we forgot we are human. It means that because we are human, we aren’t bound by sin, but invited to be freed from it, that we don’t have to keep doing the things we sometimes think we can’t not do.

Relevant quote: “If redeemed man still sins, this is not due to an imperfection of Christ’s redemptive act, but to man’s will not to avail himself of the grace which flows from that act. God’s command is of course proportioned to man’s capabilities; but to the capabilities of the man to whom the Holy Spirit has been given” (Pope John Paul II in Veritatis Splendor).