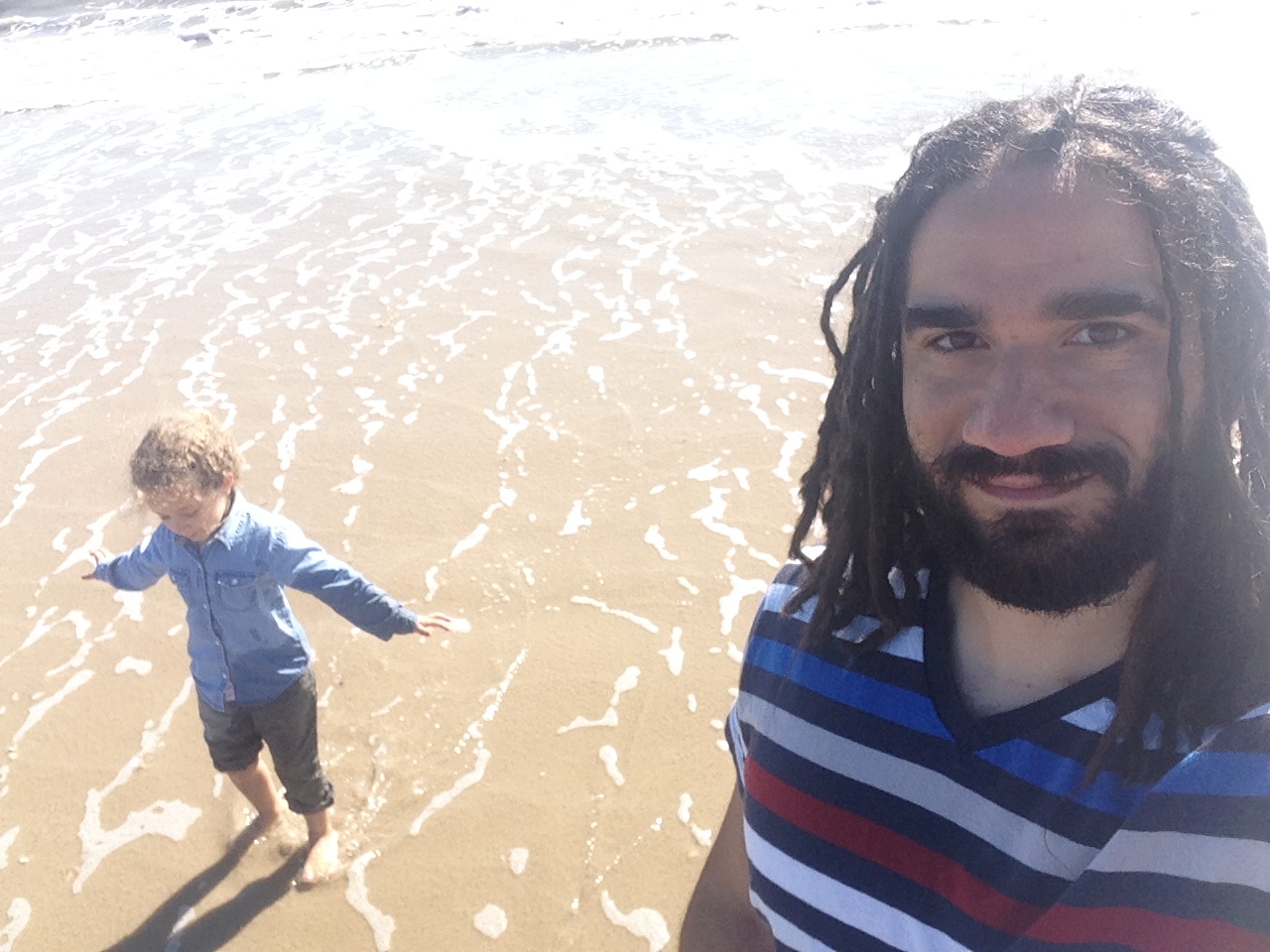 This edition features Chris Donatto, who “has dreadlocks and a beard,” said his wife, Erika. “That’s really the most important thing about him.”

Except, she added, “he’s also a husband, a father, youth minister, and Adore missionary. And Batman. Yes, he’s Batman.” And Chris — ahem, Batman — is gracious today to share three lessons and two tips:

How did you meet your wife?

We met because we both worked at a Christian book store in Sugar Land, TX, back in 2004. I remember when she came in for the application. She still remembers exactly what I was wearing, as she was naturally taken with me right away. I’m not just being snarky — she actually liked me from the get go. She says she eventually won, though it took me time to come around.

Our friendship really began when we each found out the other loved Lord of the Rings. Once that happened, the rest is history. Our first daughter is named Elanor, which is a flower found in the elf realm of Lothlorien and the name of Samwise Gamgee’s daughter. NERDS!

When did you nerds get married?

We got married in January of 2008, four years after we met and almost three years after we started dating. We both lived in Austin — I interned in a youth ministry program at a local parish and she worked at a Catholic bookstore while earning her teacher certification.

She was finishing school for my first year there, so all my teens thought I was making her up, since they never met her. I dropped her off at her apartment one night and as I was leaving, I had an overwhelming feeling of “I’m tired of leaving her.” And that’s when I decided it was time to start prepping to pop the question.

What’s the first lesson you’ve learned by being married?

The honeymoon stage is not guaranteed. Our first year of marriage was really hard. You always hear people say something like, “when you marry someone they come with all their baggage,” but you don’t know what that looks like until you are in the midst of it.

We had never fought before, but when we fought after being married, it was infuriating. I didn’t understand why we got into so many arguments. Much of it stemmed from her fear of my leaving her. This was nonsense to me, but it was reality for her. That was something I eventually was able to become sensitive to, and something we have moved passed.

And the second lesson?

You are not the saint you think you are. I remember being young and watching movies where people were in relationships. I always judged the dumb guy who made the wrong decisions or said hurtful things to the girl. I just knew I wouldn’t be that way — that I’d be the most sensitive and loving guy and would never hurt a girl with whom I was in a relationship.

Once married, I learned how selfish, insecure, and petty I could be. There were times when we’d get in an argument, and I’d know the right thing to do, the thing I knew she’d want me to do, and I’d choose not to do it just because I was mad or hurt. I’d say things or at least think things I knew were hurtful just to stick up for myself. Growth comes from the openness to studying oneself and to looking at yourself honestly.

And the third lesson?

Allow yourself, your life to be interrupted. I thought I learned this after having kids, but looking way back, I learned this earlier. Kids just reinforced it. Even as a married couple, we still have our individual lives and interests. But if we are living marriage intentionally, the marriage is priority #1 (that’s with the understanding the God is the OG #1.).

Sometimes I want to go to the gym, or to a party, or to participate in some other endeavor, but Erika needs me to be home, to be with her. In the beginning, I’d stay, but with a chip on my selfish shoulder. And sometimes it’s still hard. The saying goes that we treat those closest to us the worst: if someone needs to talk to me or needs help, I’d drop everything to serve. But if I’m in a rush and Erika wants to talk, for some reason, I find it difficult at times to be interrupted.

After eight years of marriage, it’s sinking in that nothing is as important as her (or my daughters). Now choosing her is easy — and that you choose him or her sends an important message to your spouse.

What’s one tip for readers who are single?

And a second tip for singles?

Learn the fruits of the spirit (Galatians 5:22-23). That way, when you are with someone, you will either see the fruits or you won’t — and if you don’t, you know not to settle, not to think you can change the person, and not to think “It’ll work out.”