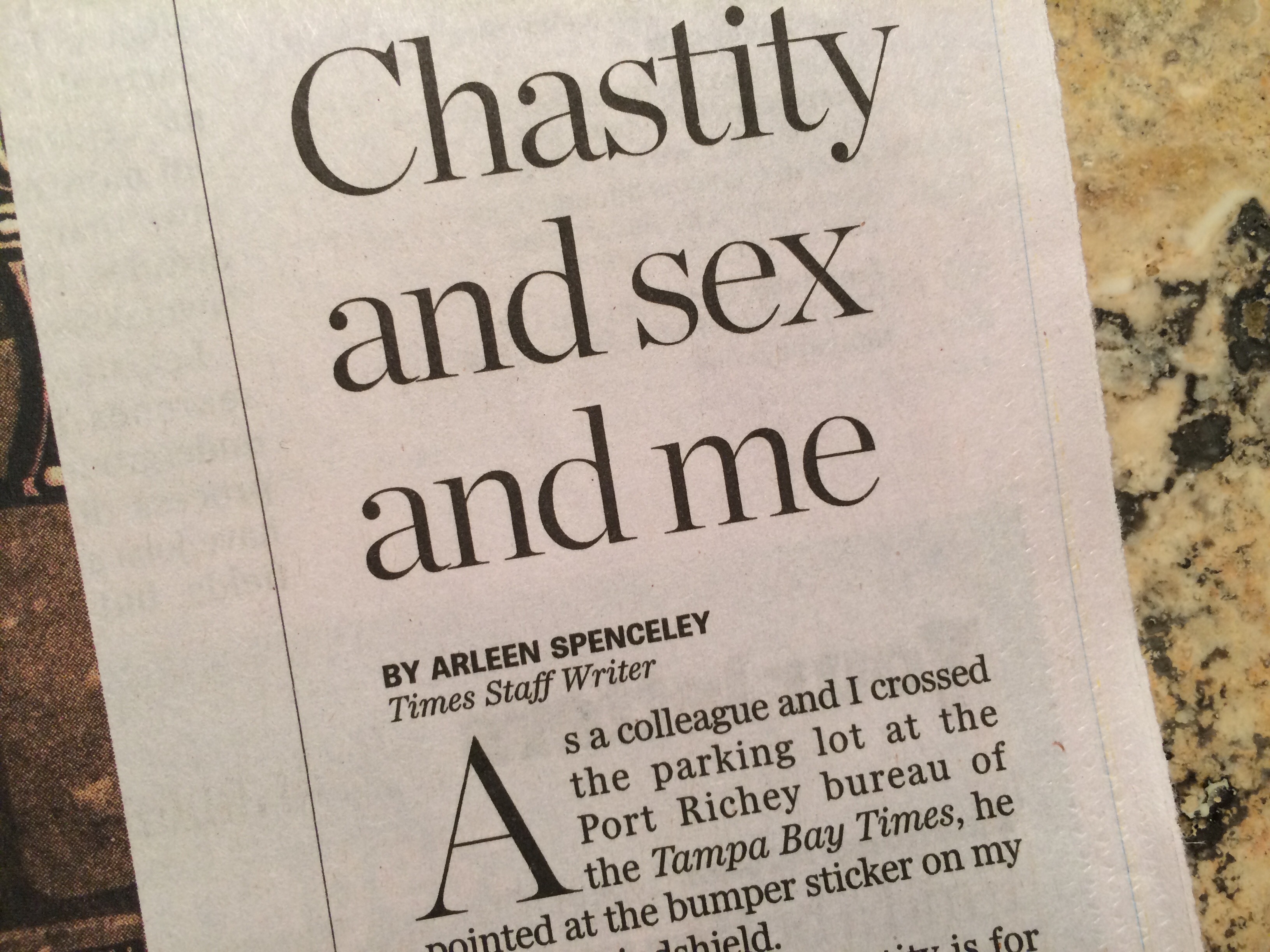 [callout]Yesterday, the Tampa Bay Times published my third sex essay. Here are a few excerpts from it, followed by a link you can click to read it in its entirety. Like it? Share it with others. Grateful![/callout]

Over the summer, an Esquire post’s headline made a bold proclamation: ABSTINENCE CAUSES LASTING SEXUAL CONFUSION. I’m not worried. A lot of people think I should be.

I am a 29-year-old virgin, abstinent outside marriage because I, a practicing Catholic, practice the virtue of chastity. But there’s a reason the headline doesn’t have to cause concern in someone who hasn’t had sex:

Abstinence isn’t the problem. Telling kids to abstain from sex without also teaching them chastity is the problem. In fact, it’s irresponsible. And I wrote a third sex essay for the Tampa Bay Times to explain why. It published yesterday.

Here are four of my favorite excerpts from it:

On abstinence versus chastity:

Abstinence has only one requirement: no sex. But chastity requires a person to define sex as a sacred, physical sign of the vows husbands and wives made at the altar where they were married, designed to express a married couple’s union, and for procreation.

On chastity outside marriage:

Chaste single people save sex (or sex from now on) for marriage. We believe marriage is designed to result in the destruction of self-absorption, and that we are designed to create a pleasurable sexual relationship with the person we marry, not to marry somebody because the sex is “good.”

On chastity in marriage:

Chaste married people agree neither to use nor abuse each other, and to treat sex as a mutual gift of self, not as mutually advantageous selfishness.

On regrets about virginity at marriage:

Stories about Christian kids, or kids of other religions, who turned into adults who saved sex for marriage and wish they hadn’t, fuel derision for the religious belief systems that influenced their decisions to save sex. But their regrets don’t out premarital abstinence as a bad idea. They expose an actual bad idea: teaching abstinence without also teaching chastity.

Click here to read the sex essay in its entirety.