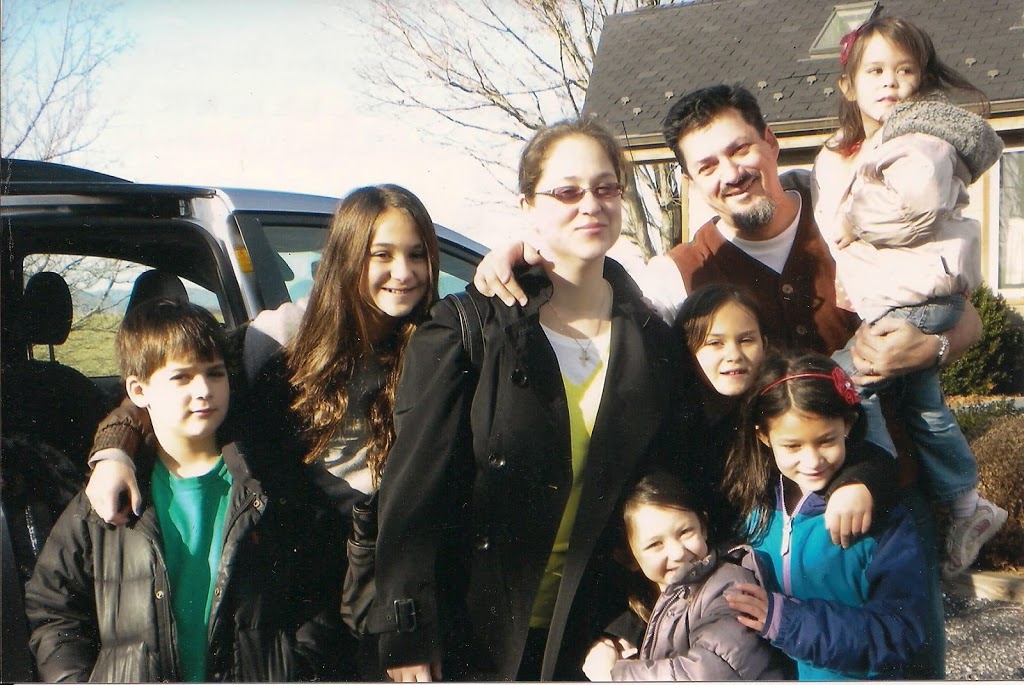 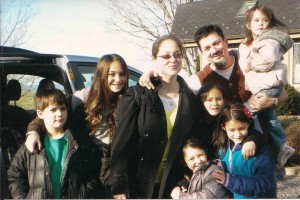 This edition features Karee Santos, a happily married mom of six who founded the online marriage support community Can We Cana?. Karee’s writing has appeared all over the web, including Catholic Match Institute (the blog of CatholicMatch.com), CatholicLane.com, and CatholicMom.com. Karee and her husband Manny are writing a Catholic marriage advice book based on the teachings of St. John Paul II. Excited that Karee agreed to share some lessons and some tips:

KS: There are two different versions of that story, actually. The first time I remember meeting my husband was at a party hosted by our mutual friend Ayman. But Manny remembers meeting me two years earlier when he was walking to work with Ayman, and I passed them crossing the street. The way Manny tells it, he turned to Ayman and said, “Who was that girl?” but Ayman said, “She’s not your type.” And that was that for the next two years.

When we met again at our friend Ayman’s party, Manny told me he still remembered that chance one-minute meeting two years before. Neon “stalker” bulbs started flashing in front of my eyes. “Maybe not,” he temporized. And then he quoted Tolstoy. Something about how the course of a man’s life could be irrevocably changed because on a certain day he met a certain woman wearing a dress that curved in just a certain way. All was forgiven.

KS: “In sickness and in health” isn’t just a platitude. When you’re young and in love, you think that sickness won’t hit until you’re 80. But December of the first year we were married, Manny was diagnosed with a massive brain tumor. I was six months pregnant and had traveled by myself to Virginia to attend my grandfather’s funeral. Manny was supposed to join me a few days later. Instead, he called to tell me about the tumor. I didn’t believe it at first, but then Manny handed the phone to his best friend Tom, a neuroradiologist. Tom explained there was no doubt. Manny had to be operated on right away. My husband has had several brain tumors since then, often diagnosed when I’m hugely pregnant. It’s a struggle every time to trust that God’s love and the prayers of our friends will see us through.

KS: Saying something once is more powerful than saying it a dozen times. If you ask too many times, it sounds like nagging. Instead, in a quiet moment, say very deliberately, “I really wish you would …” And be specific! Then wait a few weeks to see what happens. I often find out that my husband has thought about what I asked for the whole time and tried hard to do it for me. But if I ask too often, he’ll just tune me out.

AS: What’s one tip you’ve got for single people?

KS: Back when I was single, one of my friends accused me of being commitment-shy. “You date people you would never dream of marrying. It’s a built-in escape hatch,” she said. The night I met my husband I caught myself doing the same thing – spending hours talking to an exciting person with whom I shared nothing in common. In the last half hour of the party, I walked away from that guy and forced myself to meet someone else. That “someone else” became my husband! So stop dating people you know are ultimately wrong for you. It’s just not worth the bother.

AS: And another tip for singles?

KS: Don’t lose track of your friends. Most married couples meet each other through mutual friends. If you don’t have a big network of friends, go out there and make some! Clubs like running clubs or choruses or church young adult groups are great ways to meet new people. You’ll automatically have something in common and something to talk about!