Honored to have been interviewed by Array of Hope. In this — part two (of two) of the interview — we discuss a young person’s greatest pitfall, marriage, dating, and the importance of Christian community. Click here to read it.

Honored to have been interviewed by Jack Beers for the Array of Hope Show blog. We talked about my upbringing, prayer and what to do in the early stages of a faith life in part 1. Click here to read it. Jack will post part 2 next week.

It was an honor last month to be chosen by Great 38 in Tampa to appear on an episode of Our Issues Tampa Bay, called “Young Movers and Shakers.” Host Jenn Holloway asked about my forthcoming book, what it was like to put my virginity in the newspaper, and what advice I have for viewers. Watch below if you’d like, and if you like what you watch, please share it:

– – – –
*Please ignore the definition of chastity on screen while I define chastity. The one on screen — from the dictionary — contradicts chastity’s true definition, as defined by the Church. Ain’t nobody got time for that.

Grateful for the opportunity to talk today about my so-far single life at Life in the Gap, a blog about “life in between,” designed “to generate conversation (or at least food for thought) about the goodness and value of this time in waiting.”

The bloggers’ first question for me was whether I expected I’d be single at 28 — my short answer? YES. Read why, plus the rest of the interview by clicking the link below (and follow Life in the Gap on Twitter and on Facebook!). 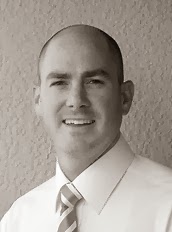 The day I met Dr. Ryan Henry, only days remained between summer 2009 and the start of my first semester as a grad student at the University of South Florida. I would study rehabilitation and mental health counseling and Dr. Henry — a licensed marriage and family therapist — would be my advisor.

As it turned out, he’d also be a mentor, among my favorite professors, and a model for the kind of therapists classmates and I hoped we would become. At his practice, he is a therapist to couples, and specializes in working with couples whose relationships are affected by infidelity, pornography, and other “emotional injuries.” I’m grateful he took the time today to talk with me about pornography:

AS: How do you define pornography?

RH: That depends on who you are. The lowest level definition: it’s anything that sexually arouses you. And that opens up a lot more things than just internet pornography. So as a professional, I don’t try to define it for (clients). I talk to them in a way that lets them define it for themselves and for the relationship.

RH: I basically look at it like any other addiction. If it’s interfering with (a person’s) functioning in life, they’ve tried to stop and they can’t, if it’s had a negative impact on their relationships and they’re still not willing or able to give it up, those factors lead me to the idea of addiction. But I don’t really work from an addiction model. I work from an escape model. Pornography is used as an escape from past trauma and current negative emotion. Although I agree there is an addictive component to it, it’s a way to escape life and that’s what really needs to be addressed.

RH: If we’re using that term, pretty much everybody! It’s like video games. If we’re talking about real addiction, not able to stop, interfering, constantly being on their mind, it’s a smaller population. But it doesn’t have to reach an addiction to be a problem.

RH: That is a difficult question to answer. There are a lot of factors that go into someone getting hooked on pornography after one use. If they accidentally are exposed to pornography and quickly shut it down, the likelihood is extremely low that they will become addicted. However, if that first use is intense and tied to a sexual experience, it has a higher likelihood of trapping the individual in the addiction cycle. So I do believe it is possible to become addicted after one experience with pornography, just like after one drink certain people become addicted, but I do not have a sense of how often that is the case.

RH: All my clients are couples. In that sense, only 20 percent of couples come in for that specific reason. And that’s probably even high (compared with the norm), because I specialize in that. When I worked with individuals, it was more like 50 percent of my clients. Most of them weren’t in committed relationships; some were. Young married to mid-life (is the range) I see presenting with this, (ages) 26 to maybe 40.

RH: The obvious ones are that if you’re putting your sexual drive into pornography, it’s taking away from the sexual attachment to your partner. But it also kind of distorts reality – pornography distorts intimacy, the ideal woman, what sex should look like and be like for a couple. And so there’s a lot of misconceptions that occur and then the relationship gets compared to the misinformation and a lot of times dissatisfaction with the relationship results, because then you’re asking why don’t you do it this way, or look this way, or why aren’t you always wanting sex? When reality is compared against it, it falls short. That’s the nature (of) comparing reality to non-reality.

AS: And the less obvious impacts?

RH: When we’re talking about real addiction, it consumes the person. So they don’t take care of themselves in any other way. Just like an alcoholic — they’re consumed by drinking. I’ve had clients say they’ve stayed up all night watching pornography and they’ve had to go to work the next day. Then work goes so badly they want to check out again when they get home, so they stay up all night. The other thing is it survives or breeds on secrecy and so there’s an emotional impact of holding secrets. It’s a burden that weighs on you. This only applies to people when using pornography doesn’t align with their value systems. In order to continue to use, they have to lie to themselves and the people around them and that has an emotional and a spiritual impact.

AS: If somebody’s use of pornography isn’t an addiction, can it still negatively impact his or her life? In what ways?

RH: Yeah – it can impact the relationship. There are some relationships that agree it’s ok to view pornography individually, some only together. (In) other relationships, it’s not ok at all. Depending on the relationship rules, it can have a negative impact, whether it’s once a year or daily. It doesn’t have to be an addiction to cause problems.

RH: It’s possible to stop an addiction from occurring, but it’s not possible not to ever be exposed to (pornography). The goal, if you come across it in your life, is that you have a way of handling it that keeps you from going further into it.

RH: You have to address it at all the different levels. There’s the habitual part, where it just becomes a habit. There’s the emotional piece: you have to deal with trauma, find a new way to cope with negative emotions, and really get down to what’s the need you’re trying to meet with the pornography. It might be power, or intimacy. Pornography does a great job of mimicking intimacy. You have to get down to what’s really driving this (addiction) for this person and address that need. If you don’t address that need, it’s just going to come out in a other way that’s destructive, even if you get rid of the pornography. There’s also the biological component. When you use pornography, certain chemicals are released into your body that your body then starts to crave. You have to find ways to release them that are healthy, like exercise.

RH: You definitely have to address the forgiveness and shame piece. It’s ok to have these drives. That’s part of being human, and for a lot of men, that’s part of being male. A lot of people fight that, resist it, and it becomes bigger as they try to do that. Think of it as a wave washing over you: You see an attractive woman and it produces this sexual drive in you. Acknowledge it: there’s an attractive woman, I feel aroused, and I’m just going to let it wash over me. If you put up a dam, you’re all of a sudden going to feel the full force of that wave. If you let it wash over you, you can go about your day. It’s basically removing the shame of it, (saying) “that’s normal response to have in that situation, and now I’m going to move on.”