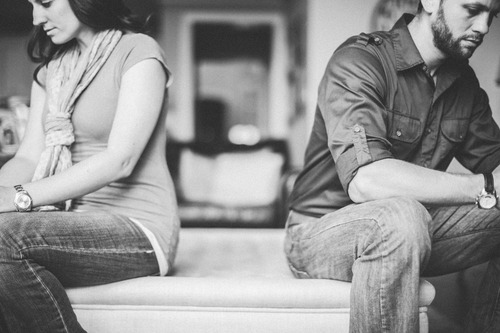 When I was a senior in high school, I had study hall as an elective, and a crush on a kid named Kyle. He had study hall, too. He sat at the back of the room. I sat at the front with a boy named Brian.

“NO!” I shouted, and jumped out of my seat. A confused Kyle watched while out of desperation, I did what anyone in my shoes obviously should do to avoid the consequences of shouting ‘NO’:

“…time for losers, ’cause we are the champions — of the world!”

I sang a Queen song because if Kyle and I were to date, I didn’t want it to be because I expressed interest before he did. I thought boys were supposed to pursue me despite the ambiguity of my signals. And that boys were supposed to figure my feelings out without my help. And that the only way I could know a boy’s interest was authentic was if he expressed it without knowing if it was mutual.

[shareable]I thought boys were supposed to pursue me despite the ambiguity of my signals.[/shareable]

The first time I suggested in a post that a woman ought to feel free to be the first to express interest in a potential relationship, not every reader agreed. One said:

“If he isn’t confident enough to ask me on a date (just a date!), then will he be brave, willing to take risks, and confidently lead at work, in his relationships, in his church, and/or with his future family?”

And I get it: a lot of women prefer men who have the guts to ask a woman out without her explicit encouragement.

But, as I asked in that old post, is it because men are only good who pursue us with confidence despite the ambiguity of our signals, or because we’ve uncritically accepted that that’s how it should be? Is it because men are only worth dating if they can intuit our desires to connect with them, or because we’re resistant to initiating vulnerability? It is because a man’s interest in us can’t be authenticated if we’ve encouraged him to express it, or because our willingness to encourage has been corroded by a fear of rejection or a sense of entitlement?

Maybe it’s ok to rule a man out because he doesn’t have the guts to ask you out without a nudge. But how much do those guts actually matter?

I don’t need to know that a man is good at asking women out. That skill is useless in a marriage.

[shareable]I don’t need to know that a man is good at asking women out. That skill is useless in marriage.[/shareable]

If it does, it does.

But how a relationship starts — and who expresses interest in it first — has no bearing on a person’s ability to discern what matters most.