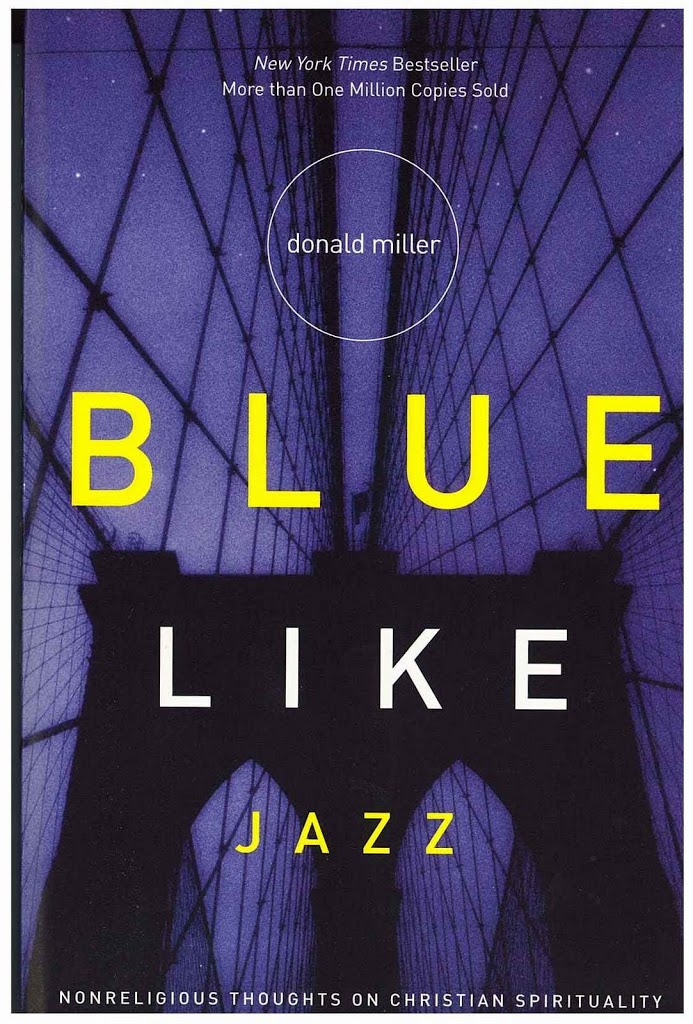 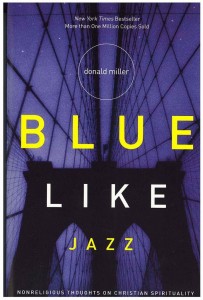 Five years ago, my friends Seth and Sarah separately suggested, one within weeks of the other, that I read a book called Blue Like Jazz. So after work one night, I walked to my car from the now-closed Carrollwood bureau, drove to the bookstore down the street and bought a copy.

I didn’t touch it again until this year.

Blue Like Jazz: Nonreligious Thoughts on Christian Spirituality is by Donald Miller, and it’s also a movie, as of this year. It played at one Tampa theater for a weekend and I missed it. So in lieu of seeing it on the big screen, I pulled my copy off the bookshelf in my closet.

I flipped through it and found it devoid of notes, but dogeared at the bottom on lots of pages, like I do every time I like what a particular page has to say. As of tonight, Blue Like Jazz is the fourteenth book I’ve read in full in 2012. I liked it better the second time. Frankly, it felt like I hadn’t read it before, like it was wholly new to me, which goes to show how much attention I must have paid it in 2007. Most of the pages I dogeared the first time meant nothing to me this time. But lots of things did mean something to me. Here are some:

“It is hard for us to admit we have a sin nature because we live in this system of checks and balances. If we get caught, we will be punished. But that doesn’t make us good people; it only makes us subdued. Just think about the Congress and Senate and even the president. The genius of the American system is not freedom; the genius of the American system is checks and balances. Nobody gets all the power. Everybody is watching everybody else. It is as if the founding fathers knew, intrinsically, that the soul of man, unwatched, is perverse.” -page 18

“‘I’m talking about self absorption. If you think about it, the human race is pretty self-absorbed. Racism might be the symptom of a greater disease. What I mean is, as a human, I am flawed in that it is difficult for me to consider others before myself. If feels like I have to fight against this force, this current within me that, more often than not, wants to avoid serious issues and please myself, buy things for myself, feed myself, entertain myself, and all of that. All I’m saying is that if we, as a species, could fix our self-absorption, we could end a lot of pain in the world.'” -pages 40-41


“But the trouble with deep belief is that it costs something. And there is something inside me, some selfish beast of a subtle thing that doesn’t like the truth at all because carries responsibility, and if I actually believe those things, I have to do something about them. It is so, so cumbersome to believe anything.” -page 107


“I think if you like somebody you have to tell them. It might be embarrassing to say it, but you will never regret stepping up. I know form personal experience, however, that you should not keep telling a girl that you like her after she tells you she isn’t into it. You should not keep riding your bike by her house either.” -page 142

From an excerpt of a play Don wrote; lines a husband says to his wife while she sleeps:


“That though He made you from my rib, it is you who is making me, humbling me, destroying me, and in doing so, revealing Him.” -page 149

“God risked Himself on me. I will risk myself on you. And together, we will learn to love, and perhaps then, and only then, understand this gravity that drew Him, unto us.” -page 150

On death to self:


“Bill set down his coffee and looked me in the eye. ‘Don,’ he said. ‘If we are not willing to wake up in the morning and die to ourselves, perhaps we should ask ourselves whether or not we are really following Jesus.'” -page 185


“Many of our attempts to understand Christian faith have only cheapened it. I can no more understand the totality of God than the pancake I made for breakfast understands the complexity of me.” -page 202


“I loved the fact that it wasn’t my responsibility to change somebody, that it was God’s, that my part was just to communicate love and approval.” -page 221