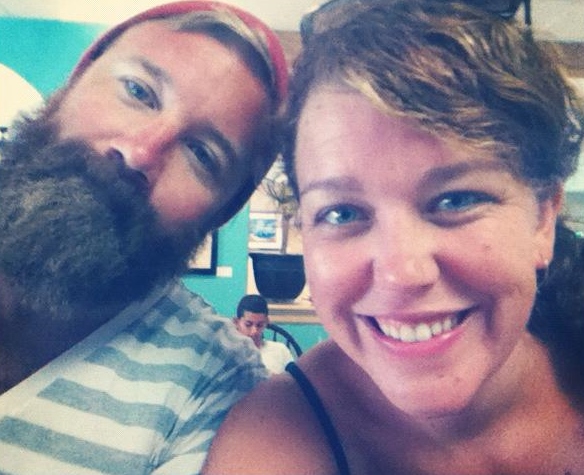 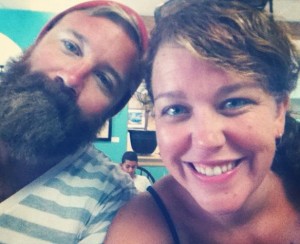 This edition features Shane Blackshear, host of the Seminary Dropout podcast, “public speaker and blogger with a passion and vision for communicating to people of all ages about living out the story that God has written for them in their personal and vocational lives.” Shane has been married to his wife Kate since July 21, 2007.

SB: Kate and I met in college at Howard Payne University in Brownwood, TX. We didn’t really hang out, but it was a small school so everyone knew everybody else. It wasn’t until three years after she graduated and two years after I graduated that she moved back to Brownwood to help with a church that a few of us were planting together, and we got to know each other and started dating.

AS: What’s the first lesson you’ve learned by being married?

SB: Give up needing to be right. When you feel the need to be right, it’s the same thing as needing your spouse to be wrong. Give it up. You don’t need to chase down every fine point of an argument and wrestle your spouse into submission.

AS: And the second lesson?

SB: Set up some boundaries. I don’t mean that you have a private life that your spouse isn’t allowed to enter into. I work at home so it’s hard for Kate to tell when I’m working or just surfing Buzzfeed online. We’re working through some boundaries that will keep this a peaceful living situation (i.e.- I can use X number of hours a week to work and in the rest I have to be present).

AS: And the third lesson?

SB: Compromise! The apostle Paul talks about living in mutual submission to each other. One side thinks only women should be submissive to men, the other side thinks everyone should only do what they want to do all the time. The Bible says differently: both voluntarily submit to the other. I think that looks a lot like compromise. It’s not about what I want.

AS: What’s one tip for readers who are single?

SB: Don’t fall into the thinking that says that marriage is your next step in being complete. Paul is pretty clear that if you can stay single, you should. That’s probably one of the most looked over passages in the modern church. Many churches tend to build their programs around the families or couples, that shouldn’t be so. Singles are just as complete at couples and families. Enjoy your single life. Do things that are easier as a single person like living in an intentional community with others (yeah this can be done as a couple, but it’s harder).

AS: And a second tip for singles?

If you have a deep desire to getting married, don’t worry that God doesn’t want you to be. If God desires for you to be single, then the idea of always being single won’t be an overwhelming prospect to you.